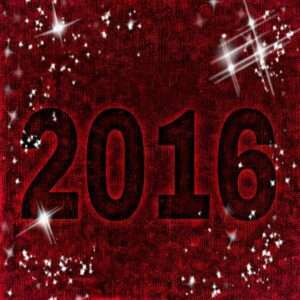 It’s a strong determined you who enters 2016 as the planets shift into areas of your chart highlighting money, ambition and power.

The most significant planetary movement early in January is your ruling planet Mars entering Scorpio on the 3rd.

Mars has been lounging around since mid-November in ‘lazy Libra’ and whether you took some time off late in 2015 or you lacked motivation, Mars isn’t strong in the sign of the scales. Sometimes it’s easier to let other people take the lead and make the key decisions.

Once Mars enters Scorpio, your attitude changes completely and you recognise that it’s up to you to sort things out financially and take responsibility for your life. Scorpio rules joint finances and shared resources so the start of 2016 is a brilliant time to look closely at your finances, decide where you can make cuts or what you want to invest in.

It’s a brilliant opportunity for a financial review as Scorpio rules mortgages, loans, debts & savings, investments, inheritance money and any other financial transaction between you and a third party.

Being more powerful with regard to money matters and stepping into your power when it comes to earning are going to be key themes for you up until early August and timing is the key to your success. Mars turns retrograde from mid-April to late-June 2016 and this is never a time when you can get ahead as quickly as you would like.

For now you’re laying the foundations and mapping out where you want to be in 8 months time. It’s a stop-start scenario however because another important planet turns retrograde this month and this is Mercury, the planet of communication.

On December 10th Mercury entered Capricorn and your career and vocational sector. Mercury actually changes signs from business-like Capricorn to logical Aquarius on January 2nd. Yet Mercury only remains in Aquarius for three days before turning retrograde and then reversing back into Capricorn on January 8th.

Aquarius rules all that’s new and unique in life whereas Capricorn symbolises tradition and convention. This feels like sensing what you want to do, where you’re heading in life and yet you also recognise that it’s going to take time to develop your plans or execute your long-term goals. New Year resolutions might go out of the window early on in 2016.

Yet this is no reason to give up if at first you don’t succeed but instead plan carefully for the future.The focus is on work and career right now and it’s a fine month to draw up a long-term plan whether for the year or further ahead. Play big in life and focus on where you’re heading and why.

The period between the 10th-18th January is especially fertile and the higher you aim, the more you succeed in the long run. This period begins with a powerful New Moon in Capricorn and your career sector on the 10th. New Moons are brilliant for new beginnings and sowing seeds that can grow and flourish in time.

Look out for new work opportunities that come your way mid-month and don’t hold back from applying for a job or new position. Yes, Mercury is retrograde or on go slow until January 25th but as long as you delay signing a contract or making the big decisions until later in the month, there’s no reason why you can’t be pro-active in your next steps.

In fact, this month you need something new to get your teeth into. Even if you’re still in the 9-to-5 or feel that you’re immersed in the planning stages of a new project, focus on your ambition, consider where you want to make a difference in the world and actively engage with your purpose in life. The more you lay the groundwork and visualise where you’re heading, the more successful you will be in 2016.

Look out for other people this month who can inspire you or give you good ideas for what next. Being an Aries and one of the fire signs you feel more motivated in life when you have something to look forward to.

Venus, the relating planet, is in your fellow fire sign of Sagittarius until the 23rd so whether your partner is keen to book a holiday or sign you both up for a course or you meet people who trigger your wanderlust, your desire to learn, this is not a month to play small.

When it comes to love, adventure is up for grabs whether you decide to visit a lover who lives abroad or you hear from someone you loved and lost some years ago. Love and relationships are a rich and plentiful playing field for learning and new experiences.

If you’re keen to meet someone new, circle the 13th when Venus teams up with spontaneous Uranus in your sign of Aries. This highlights a sudden attraction, a desire to act on a whim.

The Full Moon on Sunday 24th also highlights socialising and romance so make the most of a loving vibe during this weekend. A Full Moon in Leo shouts ‘party’ and a wonderful opportunity to celebrate and have fun.

There will be times this month when you feel frustrated if progress is slow or you leap one step forward only to be told to retreat two steps back. This is par for the course with communication planet Mercury up to its tricks but by the last week of the month you’ll recognise exactly how and where you can reinvent yourself, wipe the slate clean and start over.