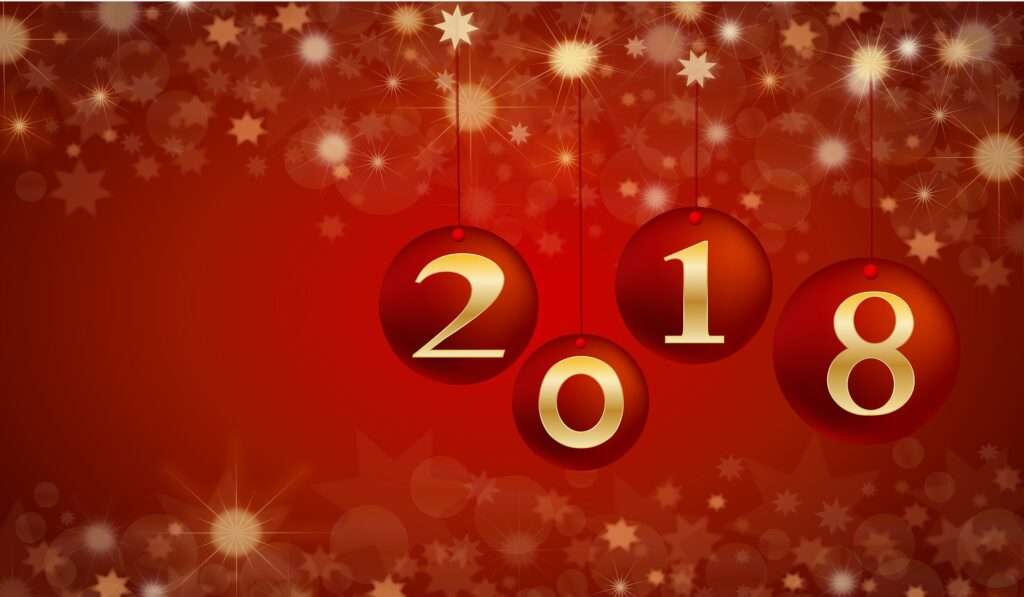 There’s no point holding back as the new year begins. In fact, you might find that change comes fast early in January as the planet of revolution, Uranus, turns direct in your sign of Aries on the 2nd.

This is an important shift for Uranus, the planet linked to rebellion, originality and all things modern. Once Uranus is back up to direct speed, it will complete its journey through Aries, leaving your star sign on May 15, 2018.

This is particularly important if your birthday falls after April 14th, as Uranus will bring its innovative expression to your birth chart. Uranus acts like a lightning bolt that coincides with the unexpected or genius ideas.

Plus, your ruling planet Mars is strong for most of January in its sign of rulership, Scorpio, where it remains until the 26th. Scorpio rules joint finances and shared resources in your horoscope, so this is an excellent time of year for a financial review. Ensure you’re earning as much as possible and minimise your expenses.

On the 7th, Mars teams up with lucky Jupiter and this feels fortunate. You may receive a gift of money or perhaps you’re pushing for promotion. You won’t make major moves in January, unless you’re prepared to be fearless and step up your game.

Remember too that the planet of authority Saturn is now in Capricorn and your career and vocational sector. Saturn joins Pluto, the planet of power and transformation in this sector of your horoscope, so you have a lot to prove now and over the next few years.

It’s essential to have a long-term game plan and knuckle down and get serious about your ambitions. Either that, or may be facing up to a period of unemployment or need to cut back your commitments for a personal reason.

There’s a powerful focus on work and money for you in the first month of this year, especially when Jupiter and Pluto combine forces on the 16th. This is the first of three encounters between the two planets which symbolises hidden riches, as long as you dig deep to make the most of this combination. Know yourself inside out and go deep to find out where the treasure lies.

This might be in relation to insight or knowledge or perhaps it’s about developing a new money or work strategy, that will protect your security in the months and years ahead. The 7th to the 10th is important in this respect, and also the 16th and 17th.

A New Moon in Capricorn follows on from the Jupiter-Pluto connection on the 17th, a symbol of new beginnings and an excellent time to set new work intentions and line up some bold and audacious goals.

Communication planet Mercury is also in Capricorn from the 11th, so this month is excellent for you to crack on with work and finances and play big. Generate new ideas, be ambitious and know where you’re heading and why. The only question mark comes during the weekend of the 13th/14th, when it’s wise to rein in your spending or take less risk.

Look out too for other people who can help you further your goals and aims. The planet of relating, Venus, is in Capricorn until the 18th, so talk to experts, get on the right side of the boss and be around people who inspire you. This isn’t a time when you can go it alone but, instead, surround yourself with powerful allies and experts who can advise and guide you. This might include a coach or mentor.

There is another indication that this is a positive month to fire those arrows high into the sky and consider the bigger picture. This is thanks to Mercury’s completion through your fellow fire sign Sagittarius as 2018 begins. Mercury in Sagittarius is the philosopher, the thinker, so this month is not only about going deep but travelling far and wide too.

You might be keen to gain knowledge, to learn or study, or line up some adventures for now or later in the year. The 6th is the best date in this respect, when Mercury teams up with innovative Uranus in your star sign, Aries, brilliant for spontaneous travel or a cutting-edge course or workshop.

Mercury remains in Sagittarius until the 11th and most importantly for you, your ruler Mars enters Sagittarius on the 26th where it remains until March 17th. This is an excellent time to put your ideas (Mercury) into action (Mars).

Socially, things are on the up once the planet of relating Venus enters Aquarius on the 18th and is joined by the Sun on the 20th. Aquarius rules the collective and in your horoscope, it lights up the friends and group sector of your chart. If you’re in a relationship or married, this is a good time to be sociable with your other half and line up some fun events.

If you’re looking for love, note that love and friendship are linked from the 18th onwards. The most decisive date, however, for affairs of the heart is the 31st when there’s a Full Moon in Leo and your romance sector. This is an important Full Moon because it’s the first Lunar Eclipse of 2018, a time when emotions are intensified and life feels dramatic.

The Leo/Aquarius eclipse cycle began in August 2016 and completes in January 2019. So this is where there’s a kaleidoscope of colour and life tends to be more eventful. You might fall in or out of love suddenly and passionately or perhaps it’s your other half who surprises you.

This is a creative eclipse for you because Leo not only rules romance but also entertainment, your skills and talents, your self-expression. As a Sun Aries, you’re happiest when you play as hard as you work and it’s important to ensure you balance both aspects of life this month.

Traditionally, you’re wise to wait a few days after an eclipse before you make a major decision or take action. See what unfolds and transpires. Leo rules children & pregnancy too, so there might be unexpected news in this department.

Either way, it’s a big month that starts on the 2nd with a Full Moon in Cancer ruling your home and family and ends on the 31st with a Lunar Eclipse in Leo ruling children, romance and play.