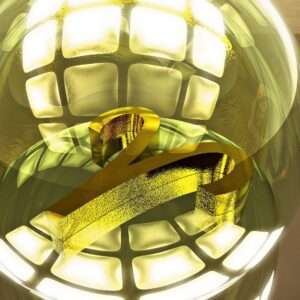 For the first half of February, until the 14th, your ruler Mars remains strong in your star sign, Aries, where it’s been since New Year’s Day. You may be one of the star signs who got a lot done last month, although perhaps you had too much on or felt stressed or under pressure.

Mars in your star sign, Aries, is a competitive, assertive, go-getting influence. You might have personal goals that you’re keen to achieve or you want to get a lot done over the next couple of weeks.

Mars in Aries is a strong influence for standing up to authority or challenging prejudice in any shape or form. You might need Mars on your side at the start of the month when Mars clashes with Pluto in Capricorn and your career and future sector.

Pluto in Capricorn is the big boss, the government, the plutocrat and it looks as if you’re not happy with the current state of affairs. This might be on a personal level or perhaps you’re the individual taking a stand in order to challenge the status quo. One way or another, you mean business.

If you’re looking for a good date to negotiate, choose the 8th of the month when your planet Mars is working hand-in-glove with communication planet, Mercury. This is your chance to walk your talk and get other people on your side.

Also, Mars and Uranus have been working together for a long time now. In fact, they’ve been involved in a cosmic love affair. Uranus has spent most of the last eight years in Mars’ sign Aries and, from May to November 2018, Mars was mostly in Uranus’ star sign Aquarius.

This month, Mars and Uranus stand side by side in your star sign, Aries, and they come together on February 13th before Mars changes star sign. This is an important date because it’s the last major planetary conjunction that Uranus makes before leaving Aries on March 6th and Uranus won’t return for another 84 years.

Mars and Uranus working together symbolise the activist, stirring up action, gathering the troops in the name of a good cause. This is great for political affairs, social progress, community spirit. It gives you the ability to blaze trails and play an active role in collaborative and social events. The only proviso is not to choose the 13th to go bungee-jumping or rally driving. Mars and Uranus can also be indicative of accidents, if you’re overly impulsive and don’t take good care of yourself.

You might be losing both Mars and Uranus from your star sign over the next six weeks, but this doesn’t mean that the action stops here. This is because Chiron, the wounded healer, moves into your star sign Aries on February 18th where it remains until 2026/2027. Chiron in Aries is the teacher and mentor and this keeps your revolutionary fervour ablaze.

Consider how or where in life you want to step forward this month, whether to help others or play a leading role. Think about your physical body too because Aries rules the body. The stronger you are, the more stamina you have. This could be a year when you decide to get fit, do strength training or run a marathon.

There’s a sense of super-hero status in your astrology this month. Choose your battles wisely and decide how and where you’re going to fight for what you believe in. Not every Aries individual will be climbing the ramparts to declare a revolution but you do have a real chance now to instigate change in your life.

Also, this month, you have allies on your side. Your partner planet, Venus, enters Capricorn and your career and vocation sector on the 3rd, where she remains until the beginning of March. Look out for a woman in a position of influence who can help you make progress.

Get the right people working for you and use your connections. One woman in particular could prove to be extremely supportive if you allow her to do things her way. Notice what happens on the 18th and 23rd of the month.

This is a good month to be social too, especially earlier on. Talk planet Mercury is in Aquarius and your friendship sector until the 10th and the Sun remains in Aquarius until the 18th. Plus, the New Moon on the 4th lights up the friends and group sector of your horoscope. Join in with other people, make new friends, catch up with old friends and be out in the world. This stimulates all areas of your life, personal and professional.

You are encouraged to take the pace a little slower later in the month once Mercury and the Sun change star signs. They move into Pisces and the most hidden sector of your horoscope on the 10th and 18th respectively. This is your cue to do less not more and take some time out if possible. When planets are in Pisces, this is an excellent time to prioritise self-care, rest and relaxation.

You might bef looking after someone close during the second half of the month, especially around the Full Moon that cuts across the Virgo/Pisces axis on the 19th. This is about being of service to others and helping wherever you can.

Finally, your planet Mars moves into the sensual but slow earth sign, Taurus, on the 14th, Valentines Day. Taurus is hands-on and affectionate and one of the star signs linked to sex. Passion is there for the taking, if you’re ready to indulge your senses.

If love’s not your thing, turn your attention towards money matters. Taurus rules money in your horoscope and Mars in Taurus is great for filling the coffers. Focus your energy and motivation into making money, until Mars leaves Taurus at the end of March.