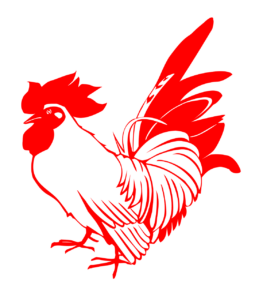 Your year starts now! Ruled by action planet Mars, you don’t like to hang around waiting for things to happen. Instead you’re more interested in chasing after personal goals, getting involved in a new project, starting over in some way.

This drive to play an active part in life is intensified this month because Mars is in your sign of Aries where it remains until March 10th. This event only happens once every two years so it’s worth making the most of it.

When key planets are in your sign, it’s time to focus on you and put yourself and your own needs first. This might be about your image or profile, your personal goals or aims, your level of fitness. Mars in Aries is brave, strong, athletic even. This is your time to leap head first into life and use your motivation to propel you forward and help others too.

In fact, you can’t just go it alone now because other people are involved in your plans and in fact, when you team up with others, you can get to where you want faster and make progress further than you would on your own.

The planet of opportunity and growth, Jupiter, remains in your opposite sign of Libra so look to people you can partner with in life. Jupiter turns retrograde on the 6th which means you might be in charge for a while or play a more prominent role in a significant partnership in your life.

In addition, the Sun is in Aquarius so the air signs are strong now and air represents communication, interaction, networks. This is the social sector of your chart and it’s a key month to team up with other people to make a difference.

You might have a political agenda and your sign of Aries is linked to the protester. You’re at your best when you’re on your white charger going into battle to defend the underdog, to fight for your own and other peoples’ rights.

The groups you’re involved in, the friends you associate with are also highlighted at the Lunar Eclipse which takes place on the 11th. A lunar eclipse is a Full Moon with added punch. It often coincides with drama or makes everything seem more urgent.

This eclipse links back to the ‘almost eclipse’ in August 2016 so events back then may have a knock-on effect in your life this month. This is about who takes the lead in a group situation and you may find an opening comes your way mid-February. If there’s something you believe in strongly, if you’re ready to play a leading role in life, look out for new opportunities.

Sometimes eclipses symbolise a ‘changing of the guards’ situation where you move away from one friendship group and join another. This area of your life is where exciting developments can occur now and over the next two years. That’s how long eclipse cycles last and this one is just getting going.

The eclipse may also highlight issues around creativity, your skills and talents, your role as a parent, your relationship with children. These areas can expand now in a good way and you can make new commitments which you’re likely to stick to. If you’re ready to take a leap of faith to start a family, write your masterpiece, learn a new skill, this is a good time to put your money where your mouth is.

Love too can be big news for you this month especially from the 3rd onwards when love planet Venus joins your ruling planet Mars in Aries. When Venus is in your sign, you attract people to you. When you put yourself in the way of love, it finds you. When you open up to your heart’s desire, magic happens.

Friday 10th is gorgeous for a date or romantic connection and the Moon is in your opposite sign of Libra on the 14th, Valentines Day, so it’s a promising month to work on your 1-to-1 relationships. There is a theme of a chase going on as Venus is running to catch up with your planet Mars but before the two get together, Venus slow down and will begin to back off next month.

So notice who’s trying to catch up with you, to get your attention. Is love equal now or is one of you dominating or taking over the relationship? There’s huge potential for love and relationships whilst Jupiter remains in Libra but this is as much about freedom as it is about finding happiness.

What this really highlights is getting your relationship right, i.e. finding the one that works for you and not holding out for a perfect union or staying put in a relationship that’s sapping your energy. The ball is firmly in your court with both Mars and Venus in your sign so it’s up to you to make things happen on the love front and to decide where your affections lie.

This is the start of an exciting few months when it comes to love and the lunar eclipse too could play a part as the Moon in Leo lights up your romance sector. This is the stuff of love affairs or a friends with benefits scenario. Play carefully though during the eclipse week.

The solar eclipse on February 26th has a very different feel about it because on the 18th, the Sun enters Pisces and the New Moon/Solar Eclipse lights up the most hidden sector of your chart. In addition, this is the last in an eclipse cycle which began in March 2015. The signs of Virgo and Pisces are about your well-being, your spiritual path, your need to serve others.

The eclipse on the 26th connects to Neptune and Mercury in Pisces, so this could be an amazing time for tapping into your creative or spiritual source. There is however a theme of letting things be, surrender, giving in to what is. Something in your life may need to fade away before you can make the most of the dynamic Aries energy.

During the eclipse, your planet Mars sits next to Uranus, exact the following day on the 27th and it’s the end of the month which could prove to be a revelation. Be wary of being overly impulsive as this can cause an accident and if you are going to start a revolution, make sure you have a sound purpose behind your actions.