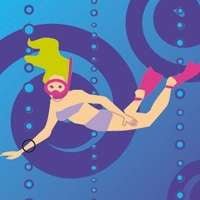 It’s all going on at the top of your chart this month in the sign of Scorpio ruling your career, vocation, your status and reputation and where you’re heading in life. The first major event is a solar eclipse in Scorpio which takes place on the 3rd.

A solar eclipse is effectively a New Moon with extra oomph as it includes the Moon’s nodes which are karmic points of the chart. Eclipses often bring what’s hidden to light and this is a powerful New Moon to initiate change and new beginnings.

However, eclipses often signify that one door needs to close before a new door can open and you may find yourself in a competitive situation at work where one person wins and another person loses. If you’re in line for a job or waiting to hear about a contract, events will hot up on or around the eclipse. Be ready to act fast if necessary to take advantage of new information.

This eclipse is especially powerful as it involves not just three planetary bodies, Sun, Moon and north node, but also Saturn, one of your ruling planets, and Mercury retrograde. This ups the ante and puts on the pressure at work. When Saturn’s in your career sector as it has been since late 2012 and there’s one more year to go, you’re either under the cosh with extra responsibilities and a huge amount of work to deal with or the opposite happens and you’re unemployed.

Saturn’s a taskmaster and doesn’t make anything especially easy so you can’t avoid what’s going on at work and you have to rise the challenge. If you’re the boss, you may find it quite stressful managing a team of people or you may have a boss who’s a daily challenge! Keep your wits about you and do the best you can knowing that this is a time when you have to knuckle down and work hard. Saturn’s energy can feel relentless.

The plus side of Saturn is that it does give you extra discipline and can help you be productive. Some of you may be enjoying the extra challenge that Saturn brings and want to work hard and pursue your chosen path. Saturn’s also good for studying: head down, bottom up.

A key turning point for work this month comes on the 10th when pesky Mercury turns direct after three weeks retrograde or on go slow. Mercury retrograde often brings communication problems and I suspect this has been the case for you as there’s another showing of the Uranus-Pluto square this month on the 1st. These two heavyweights of the heavens meet 7 times and their influence can be felt in the world from 2010-2015. It’s a major planetary aspect.

Personally this can be about dredging up stuff from the past and dealing with what’s hidden. Pluto’s in your previous sign of Capricorn and this means you have to turn inward to look at what’s going on. Uranus, your modern ruling planet, in Aries and your communication sector wants to talk and set things straight. Whether you’re dealing with issues from the past or you want to confront a taboo issue, this square aspect makes everything feel spiky and urgent.

If you have let things build up over time then Mercury’s direct motion on the 10th is your cue to talk. New information may come to light on or around this time or you hear news that you’ve been waiting for. Once Mercury gives you the green light, set up meetings, initiate a heart-to-heart and get talking. Confront whoever or whatever is holding you back and aim to make steady progress.

Money matters are one area where you’re wise to spend significant time and energy ensuring you’re on the right track. The weekend of the 9th/10th is a great weekend to focus on cash as Neptune in Pisces and your cash sector connects with Mercury not once but twice on the 9th & 11th. Sign up for a course or spend some time visualising what you want regarding money. Neptune works well with images, inspiration and an alternative approach to money management.

Mars, the action planet, is also in one of your cash sectors so pay attention to all your joint finances and any money that’s connected to another person or institution. Mars is in Virgo, the sign of organisation, so pay attention to the small print, write things down, create a filing system, write to banks, etc. Get on top of matters with regard to money and be efficient.

This month’s stars aren’t a breeze but they do give you the opportunity to move up in the world and create work and money goals that you can aim for. Get as much done as you can now so you have time to enjoy the run up to Christmas next month.

You’ll start to feel the Christmas spirit after the 22nd when the Sun moves into the fire sign Sagittarius. This is party time and a chance to reconnect with friends and other groups in which you’re involved. It feels fun and hedonistic and the 30th looks wonderful for a night out as the Sun and your ruler Uranus connect. If you’re looking for new love, here’s your chance.