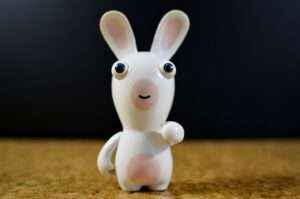 As March begins, Mercury, the communication planet, remains in your sign of Aquarius until the 13th. Mercury has been in this sector of your chart since January 5th and this is because it was retrograde or on go slow for three weeks.

This is an extra-long stay for Mercury in your own sign as Mercury is a quick-moving planet and usually whizzes through one sign in a fortnight.

Make the most of Mercury’s final transit through Aquarius and speak up about the things that matter. This is brilliant for all forms of communication, whether you’re sorting out paperwork, extending your social circle or have some key conversations that need to take place. The more organised you are, the more you benefit in all areas of your life.

This is a powerful month for communication for various reasons, the main one being that Aries is the sign that rules your communication sector and this month it’s a full house. This is where you find your modern ruling planet, unpredictable Uranus, and spontaneous communications or conversation can trigger some exciting events in your own life.

The opposite is also true however and your propensity for speaking out of turn or being controversial can kick into overdrive. There’s a stubborn side to your nature plus you often have strong beliefs or principles and you like to get your voice heard or your message across. This month things are heating up on the communication front big-time so use this to your advantage but try and avoid conflict for the sake of conflict and be assertive rather than aggressive.

The relationship planets, Venus and Mars, also begin the month in the sign of Aries. Venus remains here until the 17th and Mars until the 31st. If you’re looking for love, pick up the pace as new connections can be forged fast. This is a brilliant month for speed dating, for being bold, even outrageous and it’s most definitely a good time to take the initiative and make things happen.

Whether you’re in love, looking for love or somewhere in between, there’s a gorgeous planetary trine aspect on March 3rd between Jupiter in your opposite sign of Leo and your ruler Uranus in Aries. This is the second of three trine aspects between these two planets. The first aspect took place on September 25th 2014 and the third aspect will take place on June 22nd 2015.

Jupiter is in Leo until August and is calling you out to enjoy your love life, to fall in love, to renew your vows and to celebrate love and relationships. Uranus lights the spark of love on March 3rd so do something special near the start of the month and let other people and the universe know you’re ready to find your soulmate if this is true for you. If you’re in a relationship or married your partner might surprise you with an exciting event and words most definitely have power on or around this date.

In mythology Jupiter and Uranus were sky gods and their symbolism is about breaking free. So this is also an opportunity to leave behind a relationship that’s no longer working for you and you might choose to be single at this time and to enjoy the close relationships you already have in your life. Do whatever feels right for you.

Be aware however that this kind of planetary combination brings in the unexpected. You might be committed to being celibate for example and then someone comes along who changes your mind instantly. You might see your future mapped out in front of you and then a chance conversation delivers a sparkling insight that steers you in a new direction. Play around with what you want, remain open-minded and be willing to experiment.

There is another important planetary event taking place this month that also involves your ruling planet Uranus. This is the 7th and final Uranus-Pluto square that takes place on March 17th. The first clash of these two mighty Titans took place in June 2012 and their influence was felt a few years previously. Uranus is in the sector of your chart that rules communication, education, your local community, siblings and neighbours. It’s effectively about how you live on an everyday level.

Pluto is in Capricorn, the sign before yours in the zodiac, and the most hidden sector of your chart. Pluto is a deep transformative planet so you might find that you’ve been unusually introspective at times over the last few years or you’ve been dealing with a painful situation in your own life. Pluto takes you down to the depths to examine your inner psyche in detail. It can be an exhausting process.

This final hoorah of the Uranus-Pluto square goes out with a bang so expect tensions to be heightened before they end once and for all. You have a real opportunity now to deal with any demons from your past and to resolve to learn from past mistakes. You can close the door on anything or anyone that’s been a bad influence in your life and know that in the future you will live life differently.

The basic symbolism of the Uranus-Pluto square is out with the old and in with the new. To work with it rather than against it you have to turn your back on the past and realise that to resist change is futile. You can now reinvent yourself in some way, set your eye on the future, be in flow with future trends. Your sign is more comfortable looking forward than looking back so use your skills to the utmost. New technology can be a revelation and in some shape or form you’re ready for a personal or life revolution.

Finally this month, it’s important to keep on top of money matters and to pay attention to the flow of cash in and out of your life. The Full Moon on March 5th cuts across the financial sectors of your chart and this is often a time when emotions are heightened. You see your situation clearly so do whatever’s necessary to ensure your money’s safe and secure. Hire an accountant, deal with any joint financial transactions and get on top of money matters.

The Sun is in Pisces and your money sector until the 20th and Mercury, the communication planet enters Pisces on the 13th. So there’s plenty to do and plenty to talk about. Make it happen sooner rather than later as on March 20th there’s a Solar Eclipse in Pisces and eclipses often bring what’s hidden to light.

This eclipse is especially powerful as it falls at 29 Pisces, the last degree of the zodiac. So even though a Solar or New Moon eclipse represents new beginnings and the chance to make a fresh start, this is also about an ending. What door needs to be closed financially before you can start over?