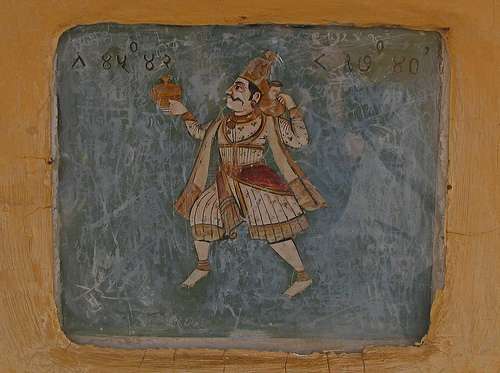 There’s a lot going on as the month begins so expect the first weekend of the month to bring a major turning point and a significant change in direction.

There are a couple of reasons for this. Firstly, Saturn, your traditional ruler, turns retrograde in the heavens on the 2nd and will remain on go slow until mid-July 2014.

Saturn has been up at the top of your chart in the sign of Scorpio ruling your career and vocation since October 2012. For some, this has meant new responsibilities and a period of hard work, for others it has been a time of unemployment as Saturn represents lack rather than plenty.

Saturn’s retrograde motion can play out in different ways. It may mean that the pressure’s off for now and you get a break from the relentlessness of Saturn and work and duty. It may mean that one door closes or that a position you were after or a direction you were going in comes to a dead end. If this is the case, your best bet is to back off for now and to retreat and to plan again for a fresh assault in the summer.

For some this may signify a boss who’s either being awkward or moves out of your way. A lot depends on your current situation and how Saturn’s been playing out in your chart over the past year or so.

This month’s stars suggest that now’s the perfect time to consider your own personal goals and ambitions versus working for someone else or being involved in another person’s project. You may choose to take a break from a 9-to-5 role or a company position in favour of doing something differently, perhaps going freelance or working for yourself.

You may find that these decisions become more pressing on or around the 11th and the 29th when Saturn squares up to planets in your own sign of Aquarius or you may feel then as if your situation has become impossible and you can’t see your options or your way forward. Be patient if this is the case and know that you’re in a new phase which may take time to make sense.

As March begins, Mercury, planet of communication, is back up to speed in your sign of Aquarius. When Mercury’s in your sign, you want to focus on your own needs and to find your voice. You become more self-obsessed to some extent, which isn’t necessarily a bad thing. Become your own cheerleader and big up your skills and talents.

Another planet is also relevant now if you find you want a new direction in life and this is Jupiter, the planet of opportunity, which is in Cancer and the part of your chart that rules your everyday routine, service to others and your health. Jupiter turns direct on the 6th and will be moving in forward motion until mid-July 2014 and on the1st, Jupiter makes a glorious trine aspect to the Sun in Pisces and your cash sector.

This feels lucky and as Jupiter rules freedom, this again indicates that you may be keen to move away from a more corporate role or a pressured situation to do your own thing. Self-care is an important factor in your decision and looking after your health and diet is high priority. If you’ve been under too much pressure of late, this may be the month that you can turn things around and start putting yourself and your well-being first.

If cash matters are going well and money’s flowing in, then this is another reason why you might be able to make some positive choices about your work and career. Look into a volunteering role too or find a way to be of service to others. This can be deeply fulfilling for you now.

The weekend of the 15th/16th is also important in this respect as there’s a powerful Full Moon cutting across the signs of Pisces and Virgo and your money axis. Deal with money matters at this time and bring important transactions to completion. At this time, you will be able to see your own financial situation more clearly and what needs to happen next.

Other factors this month include Mars, the action planet, turning retrograde in your fellow air sign of Libra on the 1st and Mars remains on go slow until May 20th 2014. Libra rules the areas of life where you can be expansive, so for example, travel, study, philosophy, spirituality and wherever you find meaning in life. Mars coming to a halt may mean that a holiday has to wait until later in the year or you find that a study course isn’t happening. When the planet of action turns retrograde, it’s the equivalent of life slamming on the brakes. The next couple of months are an important time for you to think things over and focus on your inner wants and needs. Don’t feel you have to rush into any major decisions, let life be and see what opportunities flow your way.

The best news however is Venus, the planet that represents the good things in life, entering your sign of Aquarius on the 5th where she remains throughout March.

Venus is the feel good planet and when you look good you feel good so it’s an excellent month to focus on your appearance, your health and your well-being. Venus in your sign brings popularity your way so make the most of this especially if you’re looking for love. All relationships benefit from Venus in your sign and the key date for you this month is the 18th when Venus teams up with your modern ruler Uranus. This is a brilliant date to ask someone out on a date and to be spontaneous in life in general.