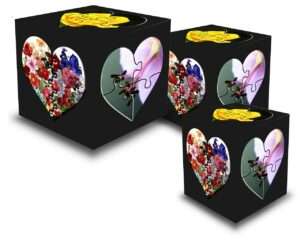 Mercury begins the month retrograde in your sign of Aquarius and as Mercury rules communication, this can indicate misunderstandings, communication breakdown or chaos.

Basically, it’s best not to get in a tizz if things aren’t working out the way you’d hoped or you’re having to wait for someone else’s decision or you simply haven’t got a clue what’s going on or why.

Mercury retrograde in your own sign can be confusing and chaotic so once you know that, you can kick back, deal with any messes or muddles as they arise and put off the big moves and decisions until Mercury turns direct on February 11th.

Mercury’s change of direction acts as a light-bulb moment bringing in brilliant ideas or insight, you hear good news or hidden information comes to light. This is especially important if it’s about you: your personal goals and ambitions, your name, your image, your appearance. The news you hear on or around the 11th will be affirming.

So there’s a theme this month of second chances and trying again if you didn’t succeed first time around. After the 11th, get on the phone, have that important conversation, look after your own wants and needs and speak up for yourself. When Mercury’s in your sign it’s all about you and Mercury remains in Aquarius until mid-March.

Mercury also makes a key planetary aspect to Saturn one of your ruling planets. This is a helpful sextile aspect and it first occurred on January 5th and this month it repeats two more times, first on February 5th and then on February 19th. Mercury and Saturn easy aspects are about agreements, walking your talk, making firm decisions, letting someone know what you think.

You may be getting serious about a friendship, a group involvement or a social network and decide that it’s time to speak your mind. You may be ready to make a long-term commitment to a group endeavour or a social, political, religious or spiritual cause. Saturn is in the sign of Sagittarius that rules all these key areas of life and more than anything Saturn in Sagittarius needs something to believe in. You may find you’re ready to step into a new position of responsibility to help lead a group. Know that it will be a long-term commitment and you will have to work hard but so often the rewards are worth it when you devote yourself to what really matters to you.

One area of your life that can be fun rather than hard work is love as Jupiter, the joyful planet, is currently in your opposite sign of Leo ruling love and relationships. Jupiter also rules freedom so for some this is the opposite of commitment, spreading your wings so you can fly free.

Love is under the cosmic spotlight early in the month when there’s a Full Moon that cuts across the Leo/Aquarius axis on February 3rd. Emotions are heightened at the Full Moon and with the light of the Moon at its brightest you see your situation with clarity. You’re ready to make a decision that will affect you emotionally and if someone new walks into your life, this is the catalyst that stirs the pot. Either that or you hear something that triggers an impulse and you make a snap decision about love.

Yet with Mercury retrograde this decision may not stick. Three days after the Full Moon, the Sun and Jupiter oppose each other in the heavens and this feels hedonistic and fun. There’s a real whoosh of romantic energy early in the month but for long-lasting decisions or commitments, you need to wait a while longer to see what occurs.

The other area of your life that’s under the cosmic gaze in February is money. The personal planets are moving through Pisces, the sign that rules your personal money, your possessions and what you value in life. Up until the 20th both Venus and Mars are in this water sign and this links other people to your financial decisions. Love and money merge as one and it’s hard to be practical when you’re linked to another person on an emotional level.

Yet it’s important not to let money matters float on by but rather get expert advice and decide what you want to do about money in general. Pisces is a very giving sign so you may be keen to gift another person or help out a charity financially. It’s important to engage your logical rational mind in order that money doesn’t slip through your fingers.

The best week to focus on money matters is from the 11th to the 18th when you can get good advice from friends or experts and make some wise choices. The Sun picks up the Pisces baton on the 18th but it’s not long before the Sun clashes with the Saturn-Neptune square on the 23rd and 26th. The last week of the month is pivotal for money matters and if you haven’t put firm boundaries in place with regard to money, you may find that things begin to unravel. The Sun is your partner planet so this is especially important with regard to your other half’s spending or beliefs about money.

Finally the lovers of the heavens, Venus and Mars, enter the first sign of the zodiac Aries on February 20th and conjoin two days later on February 22nd. This is passionate, feisty and brilliant for initiating new beginnings with regard to love, ideas, interactions, people and places. There’s an excitement and a buzz so widen your social scene and invite influential and inspiring people in to your world.