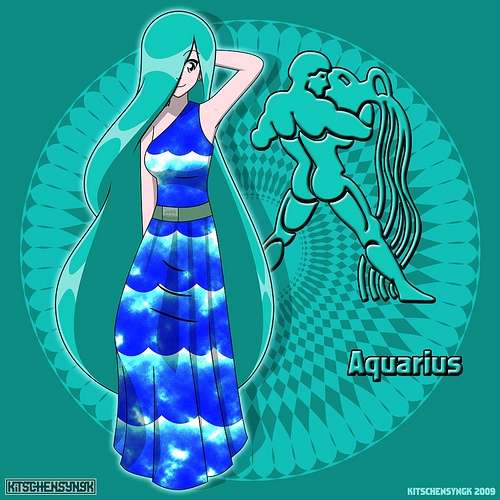 Things may move quickly as December gets underway and there’s a chance to complete or close the door on a busy work period early on in the month. This is because Mercury, the communication planet, has been in Scorpio and your career sector for the best part of 10 weeks.

It’s not all been high-flying either as Mercury has teamed up with your ruling planet Saturn three times. Saturn in your career sector tends to either mean work overload or being unemployed.

It’s not easy as there’s rarely a middle ground. You often benefit by working hard when Saturn’s on your side but I suspect you’re ready for a break or a change in your situation.

Mercury makes one key aspect before leaving Scorpio on the 5th and this is to the action planet Mars in your joint finance sector on the 3rd. It’s an easy sextile aspect and it’s about walking the talk, putting your money where your mouth is and making that one call that’s going to make the biggest difference. For some of you, it’s also time to sew up loose ends with regard to work or money and move on.

Saturn has one more big aspect this month and it’s a trine and harmonious aspect to prosperous Jupiter on the 13th. This has a lovely feel about it and both these planets are in sectors of your chart that rule work. This combines opportunism and good fortune with a realistic outlook and therefore a chance to make things happen. You may want more freedom at work and decide that it’s time to give yourself that chance or you may be ready to start afresh and look for a new job. It feels positive and is a good day to focus on work, your career and what next in 2014.

There’s also plenty of fun to be had this month as Mercury moves on to join the Sun in Sagittarius where both these planets remain until a few days before Christmas. Sagittarius rules friends, groups and social activities in your chart and it’s the sign that’s most closely associated with hedonism so brilliant fun for the Christmas parties.

There’s a New Moon in Sagittarius on the 3rd which is not only a good date for a party but a great day to initiate any activity that includes your friends, your network or any group with which you’re involved.

Your second ruling planet Uranus is also lively this month and on the 10th Mercury teams up with Uranus in a trine aspect. This promises good news as Uranus is in your communication sector. Look out for meeting someone new as well on or around this date as this person is going to play a key role in your life over the next few weeks and months. It will feel as if the relationship’s meant to be.

Another important date this month is the 17th when Uranus turns direct in the heavens. This adds a surge of Uranus energy, a turbo boost, and as Uranus is the planet of the unexpected, you may decide to do something suddenly as Uranus favours spontaneity. Life may throw you a curveball on or around this date and with a Full Moon cutting across the party axis of your chart on the same day life looks lively to say the least. If you’re looking for love, this is a promising date.

When it comes to love in general however you may have to be patient. Venus, the love planet, is currently hidden away in your chart in your previous sign of Capricorn and on the 21st Venus turns retrograde, i.e. it gives the illusion of moving backwards in the heavens. Venus will be on go slow until late January 2014.

For some of you this suggests a love affair that you need to keep secret or you may be secretly in love with someone but you can’t reveal your feelings. There’s a slow pace to your love life now and as Venus retrograde turns your feelings inward, you may be reflecting on what love means to you and reminiscing about the past.

Don’t rush anything and be honest with yourself if it doesn’t feel the right time to be moving a relationship forward. If you know there’s someone in your past who you still have strong feelings for, Venus retrograde may be about letting go of this person internally and coming to terms with what’s been and gone before you’re completely free to be with and to give yourself to someone new.

The other major planetary activity this month involves the action planet Mars entering your fellow air sign of Libra on the 7th where it remains for an unusually long time until late July 2014. This is because Mars turns retrograde next spring but for now it’s firing ahead on all cylinders and the desire to move abroad, travel or gain new qualifications picks up pace. Some of you may even make a last-minute decision to go abroad for Christmas and if you do this may not go down well with everyone.

In fact, there’s a very punchy planetary pattern playing out over the festive period as Mars opposes your ruler Uranus on Christmas Day and clashes with Pluto on New Years Eve. Acting impulsively isn’t necessarily wise and hasty decisions could work against you.

Mars is the independent planet though and if you know you’re ready to move on and do things differently in your own life, then there’s not a lot that can stop you. Certainly it may feel urgent for you to grab your life and give it a shake and say yes to new experiences and adventure as you head into 2014.

Astrologically however the stars suggest it may be better to wait until the dust settles as we head into 2014 before you head off on your next grand scheme. Wherever you are and whoever you’re with, wishing you a very merry Christmas and a happy New Year.