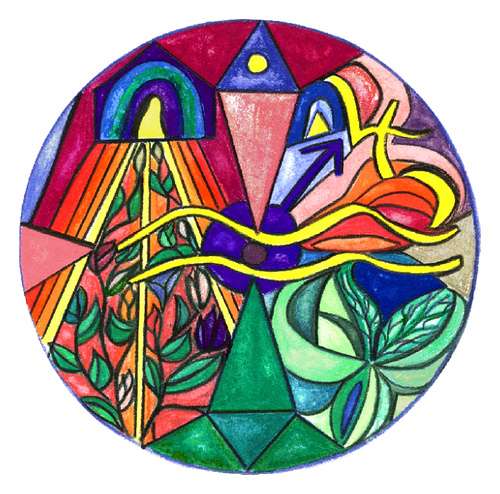 There’s a lot going on this month and you need to access your Uranian side to deal with what’s happening. This means to show willing and be flexible, and to some extent at least, expect the unexpected.

This reason for this is a powerful aspect pattern in the heavens that dominates the month’s activities and it’s a Cardinal Grand Cross. In brief, a Grand Cross is when four planets square up to one another indicating that different people have different agendas and what happens in one area of life has a knock-on effect in another area of life. It’s also an aspect pattern that suggests conflict or opposition. The cardinal signs are Aries, Cancer, Libra and Capricorn, the leaders of the zodiac.

The Grand Cross peaks over the Easter weekend but it’s in evidence throughout April as the personal planets trigger this major aspect pattern. What’s especially important for you is that Uranus, one of your ruling planets, is part of the Grand Cross and is currently in Aries and your communication sector.

In the first week of April, the Sun in Aries completes the Cross pattern and from the 14th-16th April, Mercury (communication) does the same. Aries is a lively fire sign and wants things to happen fast. There’s a sense of urgency where Aries is concerned and you may find that you can’t help but speak out. For you, this is about having a voice and if you feel frustrated or irritated, you’re going to let it show.

Being an Aquarius, you often have strong principles or beliefs and you care greatly about society and the world in which we live. When your own opinions or views are challenged, you react strongly and this is what’s likely to happen this month. Be aware, however, that your actions will have consequences especially if your argument takes place at work or affects those you work with. For some, this is about stepping down from a role or position because of what you believe. It may boil down to a matter of principle or an incident that presses your buttons because of the level of injustice.

The Full Moon or Lunar Eclipse on the 15th highlights these areas of your life ruling both communication and your belief system and the 14th-16th feels especially volatile when emotions are heightened. It is important to choose your battles wisely in the coming month but at the same time to defend your rights and to fight for what you believe in. If you want to join a protest march or back a good cause, this is the time to reawaken your social conscience.

Your communication sector also rules travel and journeys and this month may be chaotic whether on your regular commute, with regard to your usual mode of transport or if you’re travelling further afield. The key is to be flexible and to allow yourself extra time in getting from A to B. If there’s a possibility that you will have to change plans at the last minute in order to work or take on a new job role, make sure that you keep the lines of communication open. You’re the techno-whizz of the zodiac but now more than ever, it’s worth your while keeping up-to-date with technology to ensure you’re one step ahead of the game.

Being an Aquarius, you have two ruling planets and your second ruler Saturn acts as a bystander to this month’s Grand Cross event. Saturn is currently up at the top of your chart ruling your career and makes only helpful aspects to other planets. The two planets, Mercury and Venus, are in Pisces when this happens, the sign that rules money in your chart. The first connection is on the 3rd and the second on the 25th and this feels positive for your career and where you’re heading in life. Away from any day-to-day chaos and disruption, there’s a sense you’re moving in the right direction.

Life settles down after the 23rd when Mercury (communication) joins the Sun in Taurus, the sign at the base of your chart. This puts the spotlight on home and family and after a crazy few weeks you may be more than ready to put down roots and ground yourself. This feels like staying put and knowing where you want to be.

There’s a New Moon or Solar Eclipse in Taurus on the 29th and this indicates a turn-around event for home and family affairs. New Moons represent new beginnings so it may bring a new home or an important family event. Often one door has to close before a new door can open and things can feel dramatic on or around an eclipse. Sometimes there’s a sense of inevitability to the events that transpire.

Finally this month, if you’re looking for love, spend your time getting to know someone well. If there are more arguments and disagreements than common ground, this is probably a sign that you should look elsewhere. Life feels too disruptive right now to focus too hard on getting love right. Instead, embrace the changes that come your way and make time for family and friends.