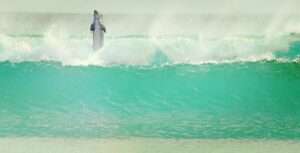 Make the most of a new month because your stars look stunning.

Firstly, you have Venus, the planet of love and money, art and beauty in your sign of Aquarius until the 12th.

This in itself is good news as Venus in your sign increases the power of your attraction. Other people are drawn towards you; good news for your love life but also your popularity and the luck factor.

In addition, Venus makes two helpful planetary aspects on the 1st and 3rd to your co-rulers, Saturn in Sagittarius and Uranus in Aries. This hints that you’re the person in demand and other people want you on their team.

Both Sagittarius and Aries rule people sectors of your chart so this is about friends and colleagues, networking, group activities. Don’t go it alone as March begins but collaborate with others and make a difference together. If you’re looking for love, the first few days of March would be brilliant for joining an online dating site or asking friends for an introduction.

Friends and group get-togethers dominate your month because action planet Mars also enters Sagittarius on the 6th and wherever you find Mars, this is where you can channel your drive and ambition. You might have an urgent project that takes up a lot of your time linked to fund-raising or charity work or perhaps you’re in politics and you’re on the campaign trail.

Your traditional ruling planet Saturn is going to be in Sagittarius for quite some time and wherever you find Saturn, this can throw up problems or challenge. With Mars in the mix, you might be trying to save a group in which you’re involved or perhaps you’re asked to take on a leadership role. This is something you can’t say No to but at the same time you know that it will take up time and energy and no doubt raise your stress levels.

It might be helpful to know that Mars will turn retrograde next month on April 17th so you could see this as a go-for-it period when you prioritise a particular group project above all else. You do need to put some boundaries in place however and limits on what you will and won’t do. Don’t go completely overboard in a social context.

If you’re looking for love, Mars is the planet of sexuality so this might be a month when you get involved in a ‘friends with benefits’ scenario. Easter weekend looks exciting as the Sun and Mars come together and this is prime time to meet someone new.

If you’re in a relationship or married, after the 20th, the date of the spring equinox (fall equinox if you’re in the southern hemisphere), communication becomes urgent and intense. This is because the Sun represents your partner and the Sun moves into Aries and your communication sector on the 20th.

Talk turns heated with this combination and it’s potentially a fiery time for love and relationships. This is confirmed because of the lunar eclipse taking place on the 23rd which cuts across the Aries/Libra axis of your chart. Libra is the sign of relationships and the likely cause of a disagreement might be down to incompatible beliefs. Either that or something as simple as holiday plans and falling out over who wants to go where or who does what.

Try not to let a drama get out of hand but instead take a step back and wait a few days before offering your response. In or out of love, the lunar eclipse indicates last-minute changes for travel or study plans so be prepared. Trust that life will send something better your way if plans are postponed or cancelled.

Your money sector is also highlighted this month and there are a stack of planetary bodies gathering in this part of your chart. There might be different reasons for a strong emphasis on money this month and this depends on your personal situation. It could also be linked to the fact that action planet Mars leaves Scorpio and your career sector on the 6th where it’s been since the beginning of the year.

This often indicates an ambitious period when you’re busy or full on at work. Sometimes it indicates the opposite effect, i.e. a time of unemployment which is stressful in itself. Whether full on or urgently trying to find work, after the 6th, things shift and start to change. For whatever reason, you’re wise to take a step back and relinquish control.

Mars will be back in Scorpio later this year but for now there’s less emphasis on your work and career. This might be the reason why your financial situation is shifting. Pisces rules your money sector and there’s an intangible, elusive quality to Pisces. It’s tempting to go with the flow and trust in the law of attraction.

This is all well and good and you may have charitable leanings or be interested in a non-materialistic lifestyle. This fits the compassionate astrology linked to money in your chart but be a little wary around the eclipse period on the 9th.

The solar eclipse falls in Pisces and this can be intense. There’s a shadowy theme around money during the eclipse and you can’t trust everyone. The antidote to the watery realm of Pisces is earth which rules common sense and keeping track of the facts and figures. If in doubt, ask.

There is a stunning planetary aspect which takes place on the 16th between planet of good fortune, Jupiter in your joint finance sector and planet of transformation, Pluto, in your previous sign of Capricorn.

Together these two planets indicate hidden riches and for some, there may be a cash bonus or windfall during this period. Family money or the sale of a property could change your financial situation dramatically and if so, this is one reason why you feel less concerned about the practicalities of earning money.

There is one warning light around group activities and it’s here where you’re wise to give your time and energy but not your money. If you feel at all hesitant, go deeper and hear what your inner voice tells you. Letting go completely won’t be without consequences.