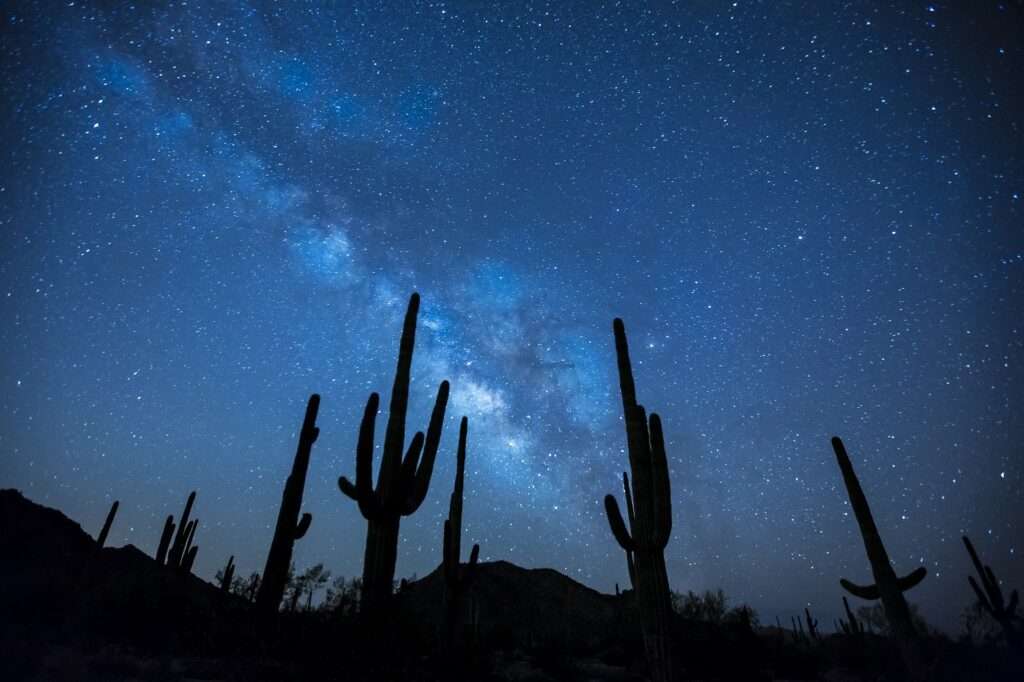 As July begins, action planet Mars is retrograde in your star sign Aquarius, i.e. in retreat through the zodiac and remains on go slow until August 27th. You may already be aware what this means for you, as Mars switched direction on June 26th.

When planets are in your star sign, this is about how the world sees you, your image and profile, your personal goals, also your physical body. Mars in retreat feels like slowing down and you may find it hard to get motivated or be lacking energy for some reason.

Most importantly, it is a time to stop and do less not more. Mars retrograde turns its attention inwards. As your star Aquarius is in the element air, it’s an important period in the year to rework your strategy and rethink what next. This is less about fighting for what you want and more about coming at a problem from a lateral perspective. Use your brains not your brawn to create results.

At the opposite side of the zodiac, there’s currently a lot of planetary activity taking place. Communication planet Mercury is in Leo and your relationship sector throughout July and Venus, the planet of love and relating, is here until the 10th. This feels sociable and potentially romantic.

However, when Mars is on go slow, this is rarely a time when your libido is raging. Rather, you’re stopping to consider where you direct your passion and why. Note what happens on or close to the 5th when talk planet Mercury and activist Mars clash. This could give you some indication as to where any issues lie in either a personal or professional partnership.

Mercury and Venus in Leo are a sociable double act so you might be enjoying numerous flirtations when these two planets are active early in the month or perhaps you’re simply in love with love. Also, you could be happy to let other people step in and make arrangements or organise who’s doing what and when. This would fit with Mars in retreat in your star sign.

It’s the end of the month, however, when there’s a real shift in pace. Firstly, communication planet Mercury turns retrograde in Leo on the 26th and remains on go slow until August 19th. This is not the time to make any major decisions on the love or partnership front. Sometimes, someone goes quiet on you. Play a waiting game if necessary.

Plus, the following day, there’s a Full Moon or Lunar Eclipse on the 27th cutting across the Leo/Aquarius axis of the zodiac. This is part of the eclipse cycle which began in August 2016 and completes in January 2019.

Eclipses are game-changers, a turning point in the heavens. Sometimes what’s hidden comes to light and you feel in tune with your destiny. Fate is in the air when eclipses dominate. Other times, fate steps in to lead you down a new path.

Look out for external events which could determine the course of your current relationship or a partnership situation. Tradition states that you’re not wise to act on the eclipse itself. Instead, wait a few days before you make your move or make up your mind and, with Mercury retrograde, perhaps even longer.

Also, during this eclipse both Mars in Aquarius and your co-ruler Uranus are involved. This adds something new to the mix, whether someone in your family intervenes in your relationship or one of you acts impulsively, moving out or moving in. Apply the symbolism to your own situation, to see what might occur. It’s not the best time in the month to make any impulsive moves.

Also, this month, the Sun is the star sign Cancer until the 22nd. Cancer rules your work and routine, your lifestyle and health and, from the 5th to the 8th, there’s a Grand Water Trine in the heavens. This involves the Sun in Cancer teaming up with Jupiter in Scorpio and Neptune in Pisces.

This feels intuitive and it’s a lovely flow of emotion and strong feelings. For you, it highlights the work and money sectors of your horoscope. This suggests it’s time to follow your heart and be aware that what you give, you receive in return. This whole combination feels compassionate, spiritual, artistic and creative. Tap in to this positive vibe to be successful.

Also, on the 10th, Jupiter turns direct in Scorpio and your career and vocation sector, giving the green light for a new chapter at work or in your career. Note, however, that Jupiter rules freedom as well as opportunity and, three days later on the 13th, there’s a New Moon or Solar Eclipse in Cancer which opposes Pluto. A New Moon promises new beginnings but Pluto often brings with it an ending.

Your health may be a priority or perhaps you’re ready to step back from a 9-to-5 role, in order to follow your vocation. Tread carefully and notice where your heart lies.

Finally, this month, there’s strong planetary activity in Virgo and the sector of your chart which rules joint finances and shared resources. Venus, the planet of relating, moves here on the 10th, where she remains until August 6th.

This isn’t about going mad with money because Virgo is one of the earth signs, sensible and productive. There is however strength here because Venus teams up with a host of slower-moving planets as it moves through Virgo.

In fact, this creates another Grand Trine in the element earth and, for you, this is about money, home and property, your connection to the past. Lean on other people and offer your support. Build for the future and create strong foundations for yourself and the ones you love.

This earth sign planetary vibe feels positive for money matters, whether you’re setting up a loan, lending money or pooling resources. It pulls in your co-rulers, Uranus on the 12th and Saturn on the 14th. These could be stand-out dates for you when it comes to supportive gestures and pooling resources.