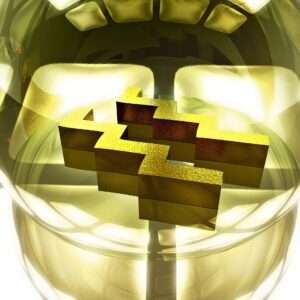 February is the new January applies to your star sign Aquarius, in a big way. This is because there’s a New Moon in your star sign on the 4th and this is the first New Moon of 2019 that’s not an eclipse.

Therefore, it’s now that you can get ahead with your plans and ideas and start things moving in your life. The New Moon in Aquarius is not only the time to consider the coming few weeks but to plan ahead for the whole year.

New Moons are ideal for setting intentions and lining up some personal goals and aims. Aquarius rules your body, your image and profile, so think about how you want to be seen and come across to other people.

This would be a good New Moon to launch a website, podcast or blog or, in some shape or form, see your name in lights. The focus is on you as February begins, so make the most of this in your birthday month.

Plus, this feels like a sociable month for you and you’re wise to extend your social circle and networks as this can boost all areas of your life. Lucky Jupiter is currently in Sagittarius and your friendship and group sector. Jupiter teams up with Mercury in Aquarius on the 3rd and the Sun in Aquarius on the 8th.

In fact, this is part of the New Moon picture, whether you’re heading for a school reunion or you’re joining a new club, group or society. Online connections are a significant part of the picture too because Aquarius, your star sign, rules technology and is linked to social media.

Talk planet Mercury remains in your star sign until the 10th and the Sun is here until the 18th. Plus, both planets team up with your co-ruler Uranus on the 9th and 18th respectively. Venus in Sagittarius also teams up with Uranus on the 2nd.

Uranus is currently in Aries and your communication sector so all these dates are great for making new friends. Aries rules your local community, your siblings and neighbours and life close to home.

There’s a collaborative feel to your astrology, especially in the first half of the month, so make the most of this and join in with other people. This is great for brainstorming, sharing ideas and coming together for support, inspiration or fun.

If you’re involved in sales or marketing or you want to reach a wider network, don’t hold back. The more expansive your world, the more chance of finding the opportunity that triggers new beginnings.

There’s one more key planetary aspect taking place involving your planet Uranus. This is a major conjunction between Mars and Uranus in Aries on the 13th. These two planets have been having a love affair on and off for some time. In fact, this goes as far back as 2010/2011.

Mars and Uranus together are the activist, the protestor. This is a strident planetary combination and it means you’ll want to get involved with politics, society or community issues. This is a chance to speak up, join in with a protest or march and make a difference.

There’s a lot to stand up against and rebel about in the world and it’s up to you to decide where you want to channel your help and support.

You could find you’re unusually angry in the first two weeks of the month. Mars in Aries clashes with Pluto on the 2nd, which could see you up against the authorities or face to face with the dark side of power and control.

Plus, the Mars/Uranus conjunction on the 13th feels volatile and flammable. Take care of yourself if you stand alongside other people to get your voice heard. Mars and Uranus can coincide with accidents or mishaps if you don’t take due care and attention. It’s great for being spontaneous and impulsive but try not to leap out of the frying pan into the fire.

Mars leaves Aries on the 14th and your planet Uranus leaves Aries on March 6th. This is significant because Uranus won’t return to Aries for another 84 years. Therefore, this might be your last chance to stand up for what you believe in or to push for justice.

There’s a gentler vibe once Mars and Uranus have joined forces and moved on. Mercury and the Sun move into water sign Pisces on the 10th and 18th respectively. This is your money sector and a key time to turn your attention towards finances, possessions, values and self-worth.

Actively engage with your money, especially close to the Full Moon on the 19th. This cuts across the Virgo/Pisces axis of the zodiac and it’s a good time to do your accounts or work out your budget. Virgo is all about facts and figures, rather than hoping everything’s going to be alright.

Also, the Full Moon brings clarity and you see your situation clearly. Do whatever’s necessary to ensure you’re moving in the right direction with regard to finances, money and earnings.

On the 14th, Mars moves into earth sign, Taurus, where it remains until the end of March. This is your home and family sector and it’s a more stable influence that Mars in Aries. In fact, this is a good time to strengthen your foundations and put down roots.

Act swiftly in areas around home and family because, early March, your ruler, Uranus, takes up residence in Taurus and Uranus represents change.

Finally, Valentines Day, the 14th, could be lovely for friendship and it’s always worth letting someone know that you love them. If you’re looking for love, it’s a great day for a date. Some of you may be embroiled in a love affair that you know isn’t wise but you can’t help yourself nonetheless.