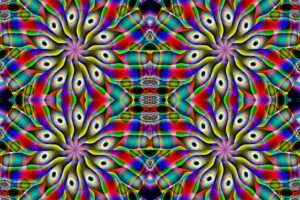 It’s all going on as August begins with some lively planetary activity in the fire signs, Aries, Leo and Sagittarius.

This is important for you because your co-rulers, Saturn and Uranus, are currently in two of the fire signs, Uranus in Aries and Saturn in Sagittarius.

These are the people sectors of your chart so this immediately tells you that your friends and group activities are significant in your own life. It’s via other people, sharing ideas and your interactions with others where you find fun, brainwaves and inspiration.

Plus the beginning of the month is important for your 1-to-1’s and love in particular. The planet of love and relating, Venus, is in Leo and your relationship sector until the 5th and on the 1st, Venus and Uranus come together in the heavens.

This feels spontaneous and it’s gorgeous for affairs of the heart. Ask someone out on a date, let someone know you love them, accept an invitation which comes your way. Make the most of love with this dynamic planetary aspect.

Plus on the 2nd, there’s a New Moon also in the sign of Leo and New Moons are symbols of new beginnings. This is another indication that you might meet someone new early in the month and it’s a positive date to set your love intentions.

If you want to start afresh with someone close, take the initiative on or around the 2nd and be pro-active in love. This could turn out to be a big month for you and events around relationships are potentially life-changing.

There’s a more powerful reason for this which is the lunar eclipse that takes place on the 18th. Eclipses are game-changers, a turning point in the heavens. Sometimes what’s hidden comes to a light and you feel in tune with your destiny. Fate is in the air when eclipses dominate.

This eclipse cuts across the Leo/Aquarius axis of the zodiac so this is about you and your 1-to-1’s, both personal and professional. What’s also important about this eclipse is that it’s the first in a series of eclipses cutting across this same sector of your chart. This particular eclipse cycle continues until January 2019.

Your ruling planet Uranus makes a positive connection to the eclipse so this is about things happening quickly. Look out for who you meet on or around this date, speak up if there’s someone you love but you haven’t told them.

Look out too for external events which could determine the course of a current relationship. Tradition states that you’re not wise to act on the eclipse date but instead wait a few days before you make your move or make up your mind. One way or another however this eclipse promises action on the relationship front.

People are definitely important in your life now and there’s another reason why. On the 2nd, action planet Mars joins your traditional ruler Saturn in Sagittarius and your friendship sector. This is not only about friends however but groups in which you’re involved. It’s where you find your tribe, the clubs and societies you’re a member of, whether social, political, environmental or humanitarian.

Mars is the action planet and it stirs things up, adds heat to the pot. Mars remains in this sector of your chart until September 27th but Saturn is also strong now. Saturn’s been here for most of the time since December 2014 and remains in Sagittarius until December 2017.

Mars wants action and fast and Saturn slams on the brakes. Saturn is strong on the 13th when it turns direct and on the 24th when Mars and Saturn are at the same place in the heavens. You could find yourself up against tough opposition this month, you might be deciding to switch allegiances or to move away from a group in which you’ve been involved for some time.

There could be an issue with you and a friend not seeing eye-to-eye or perhaps you want to fight for a group of people who depend on you and that mean a lot to you. Apply the symbolism to your personal situation but know that this isn’t easy planetary energy. You’ve got to push to get what you want and in some cases, it’s best to back down. Choose your battles wisely.

Finally this month, there’s strong activity in the sector of your chart which rules joint finances and shared resources so this is likely to be a big month for money matters.

Virgo is the sign which rules these areas of your life and Jupiter, the planet of opportunity and growth, has been in Virgo since August 2015. During this period you might have received a gift or bonus, an inheritance or money coming in via a property deal or family.

Jupiter promises prosperity and abundance but it’s also about freedom and cutting loose of ties that bind you. You might be freewheeling through life worrying less about money and status and trusting more in hope and faith.

This month’s astrology is the final hoorah because Jupiter leaves Virgo next month on September 9th. On the 22nd and 27th of August, Jupiter teams up with Mercury (communication) and Venus (relating). This feels positive for money matters, whether you’re setting up a loan, lending money or pooling resources.

Yet act fast because on the 30th communication planet Mercury turns retrograde in this same sector of your chart and will remain on go slow until September 22nd. This is another reason why you need to sort out financial arrangements in August and not leave it until September.