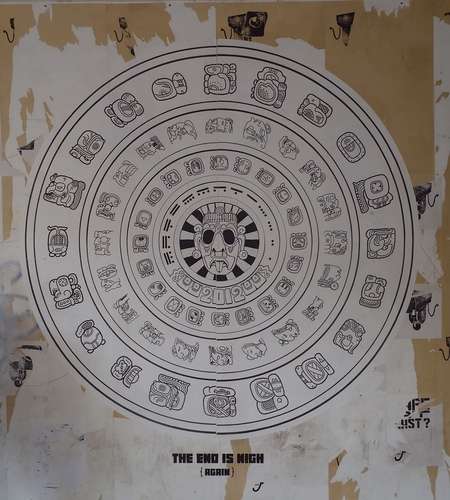 My friend’s 12 year old son has been telling friends and family for some time now that the world is going to end on 21st December 2012. His mother’s response? “Oh good, that means we don’t have to bother buying any Christmas presents this year!”

Apparently he’s not as convinced about his prediction if it means missing Christmas. He’s decided to at least keep his options open.

There has been much talk about the world coming to an end on the winter solstice, the 21st December 2012, and it’s all thanks to the Mayan people. The Maya were one of the world’s most ancient civilisations who lived primarily in present-day Guatemala and were brilliant timekeepers.

Anyone who’s ever visited the temple site of Chitchen Itza in Guatemala and discovered how, at the time of the spring and autumn equinoxes, the sun casts a shadow that looks like a snake cascading down the structure will realise the Mayans’ amazing understanding of the cycles of the planets and the two main bodies of the sky, the Sun and the Moon. To the Maya people, earth was the middle strata of a cosmic unity that included the sky and the spirit world.

They also invented one of the most complex timing systems which included the Long Count calendar of approximately 25,00 years and in 2012, the calendar turns over and begins a new cycle, the fifth cycle in Mayan terms. So will the world end on 21st December 2012? It’s a definitive No.

However, this is a fresh opportunity for the world to rediscover its alignment with the more spiritual side of life and to remember that here on earth we are not isolated from the rest of the cosmos but everything is connected. We have the opportunity to embrace a new way of living that focuses on forgiveness, peace and goodwill and we have a chance to come together in a unique and different way.

It’s a big ask but the potential is out there. When 22nd December 2012 rolls around, how will you be with the people in your life and your world? Will you personally make a difference?