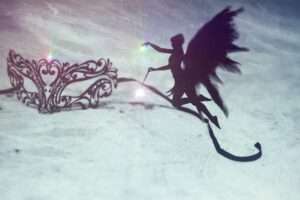 Uranus and Pluto: Merchants Of Change

The Uranus-Pluto square dominated our heavens from 2012-2015. This clash of two mighty planets symbolised revolution and became associated with the ‘Protester’, Time magazine’s person of the year in 2012.

Pluto in Capricorn represents ultimate power, officialdom, the establishment, the plutocracy up against Uranus in Aries representing the underdog, the revolutionary, the rebel, the individual who won’t take ‘no’ for an answer.

In personal terms, Pluto’s the wipe-out planet and Uranus represents the New Order bringing change, ready or not. My cosmic tip for 2015 was to stay one step ahead of the game, seek out new trends, embrace technology, think what next and be ready to start over.

In 2016, these planets remain in the same signs and even though their challenging square aspect is over by exact degree, they are in fact still closely square as the year begins. Yet more importantly, both Pluto and Uranus are in powerful planetary aspects this year which are positively helpful. A real turn of affairs, a change in nature.

Pluto’s in action first when it’s in a stunning trine aspect to Jupiter in Virgo on March 16th and June 26th (the first time these two planets met by trine aspect was October 11th 2015).

Together Jupiter and Pluto represent big (Jupiter) power (Pluto) and they conjure up hidden riches and wealth if you’re prepared to dig deep. Both in earth signs, these are key aspects for positive transformational change. Their benefits aren’t lost in the fantasy world but translate into reality through possessions, projects, money and tangible reward.

Whenever Jupiter’s involved, it’s best to expand your desires beyond personal concerns but don’t forget that in mythology Pluto took what he wanted so material gain and an increase in status are consequential outcomes for some people.

Uranus is in action later in the year and there’s a remarkable trine aspect between Saturn in Sagittarius and Uranus in Aries on Christmas Day, December 25th. Saturn rules all things traditional whereas Uranus rules all that’s modern. Uranus adds spark to Saturn’s ability to build and if put to good use, these two planets can cook up a treat.

Fire signs are motivated and inspired so this is brilliant for adventure, independent moves and innovative collaboration. Christmas might not be so ordinary in 2016 as Saturn and Uranus together promise an extra-ordinary experience.

This is confirmed as the planets of space and freedom, Jupiter and Uranus, oppose one across the heavens the day after the Saturn-Uranus trine. On Boxing Day, December 26th, Jupiter in Libra is opposite Uranus in Aries and anything goes – literally. In mythology, Jupiter and Uranus were both Sky Gods and this is a breakthrough combination perfect for big moves and bold risks.

This excerpt appears from my popular eBook Your 2016 Horoscopes. You can now read your own and your friend and family’s star signs for the discount rate of £7.50 (over 3,000 words per sign).