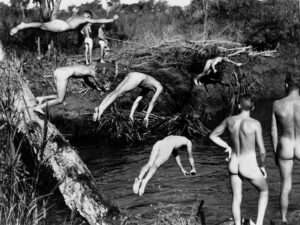 The theme of Love is strong in 2015 as Venus and Mars, the lovers in the heavens, connect not once but three times.

In fact, throughout 2015 they stay relatively close together never more than one sign apart. This can be a year of unity and togetherness if you come from a place of love.

Relationships are one of your greatest areas of learning and it’s not always easy living side-by-side with people who aren’t you. Everyone’s different and sometimes those differences are extreme e.g. radically different opinions or different beliefs about what’s right and wrong.

Sometimes those differences are not as extreme but often play out as if they are, e.g. different culture, social class, upbringing or religion.

It would be lovely to think that Venus and Mars side by side in 2015 are a symbol of peaceful living but that may be taking the symbolism a step too far. In mythology, Venus and Mars were feisty lovers and not faithful to one another at all.

Yet, there’s potential here for you to decide to live in love, to embrace a more passionate existence and to stand hand in hand with the people closest to you. Venus and Mars hold promise for sensuality, falling in love, making love, staying in love and loving the ones you’re with.

Here are those all-important dates and degrees:

If you have key planets/angles within 2 degrees of any of the above conjunctions, Venus and Mars symbolise you’re hot stuff as the planets of love (Venus) and sex (Mars) cosy up in the heavens side by side.

There’s more on what Venus & Mars holding hands means for you and your star sign in my ebook, Your 2015 Stars. Click on the link below to order your personal copy.