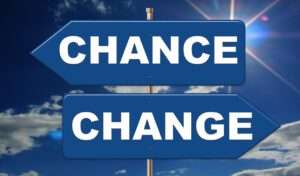 If you know anything about astrology, you will have heard of the Uranus-Pluto square. This major planetary event has been crashing around in the heavens since June 2012 although the revolution was building before that.

Pluto in Capricorn represents ultimate power, officialdom, the establishment, the plutocracy up against Uranus in Aries representing the underdog, the revolutionary, the rebel, the individual who won’t take ‘no’ for an answer.

It’s been a messy clash around the world and if you have planets or key angles at 0-15 degrees of the four cardinal signs, Aries, Cancer, Libra and Capricorn, you’ll have experienced your own breakdown/revolution/breakthrough. In personal terms, Pluto’s the wipe-out planet and Uranus represents the New Order bringing change, ready or not.

These two planets have squared up to each other six times already and this year on March 17th, they meet for their 7th and final encounter at 15 Aries (Uranus) square 15 Capricorn (Pluto). A cosmic tip is to stay one step ahead of the game, seek out new trends, embrace technology, think what next and be ready to start over. What’s past is past and there’s no going back.

There’s more on what the final Uranus-Pluto square means for you and your star sign in my ebook, Your 2015 Stars. Click on the link below to order your personal copy.